A food and lifestyle writer's work is never done.  Here is some of the tough research in which I've been involved:

Seeking great chopped barbecued brisket sandwiches all over the country -- 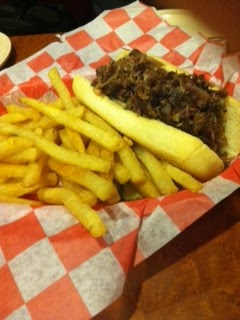 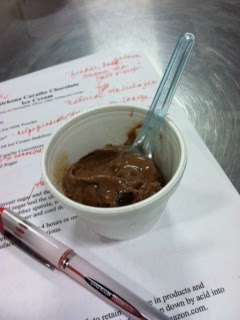 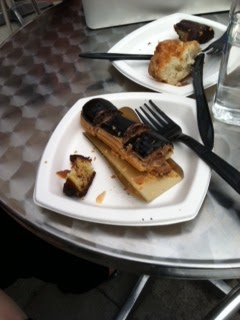 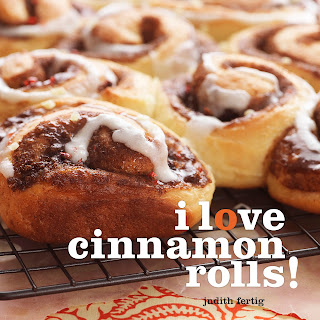 And it's definitely fun.

I send out a virtual #MondayMorningCinnamonRoll--no calories, no guilt--to my followers on Twitter. If you'd like to receive this treat on a Monday morning, click on the Twitter link, be my pal, and enjoy a sweet treat to start the week.

Okay, cinnamon rolls are already so much fun. But wouldn't a contest add even more spice?

To win a specially inscribed copy of I Love Cinnamon Rolls and a special cinnamon roll recipe created just for you or someone you love, tell me the best cinnamon roll you ever had/made/bought until December 1, 2012.  Describe it, romance it, detail it, love it in the Comments below. Send me a link to your favorite cinnamon roll recipe, and I"ll include it in this blog and on Twitter.

I thought you'd agree, so let's share the love.

And here's a taste of a great wake-up cinnamon roll with the complementary flavor of fresh orange. Rise and shine! 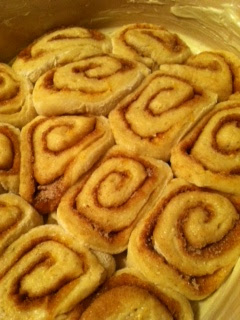 Orange Cinnamon Rolls with Sweet Orange Drizzle
You’ll need about 3 medium oranges for this recipe, for the zest and juice in the filling and glaze. These rolls smell so fabulous, you’ll be tempted to gobble them up before they’ve cooled.
Makes 18

1. For the pan sauce, butter two 9- inch square baking pans and set aside.
2. For the filling, combine the butter and orange zest in a small bowl. Combine the sugar and cinnamon in a separate bowl.
3. Transfer the dough to a floured surface. Cut the dough in half. Roll each half out to an 8 by 12-inch rectangle. Spread half the butter over the dough and sprinkle with half the spice mixture. 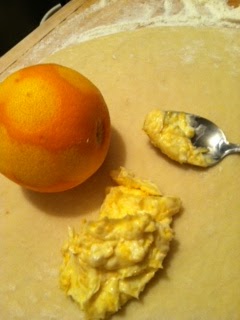 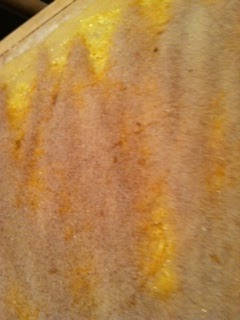 Roll up the dough and form into a 12-inch long tight cylinder.  Cut each cylinder into 9 slices. Arrange the slices, spiral side up, in a prepared pan.  Cover the pans with a tea towel and place in a warm place to rise until almost doubled in bulk, about 45 to 60 minutes. Preheat the oven to 350°F.
5. Bake for 25 to 27 minutes, or until lightly browned.
6. For the drizzle, whisk the confectioners’ sugar, orange zest and orange juice together in a small bowl. Drizzle over the warm rolls. 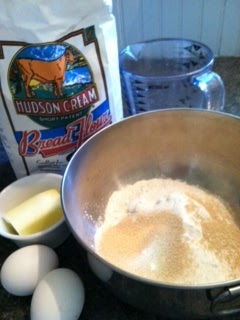 This classic dough makes a cinnamon roll with a sweet flavor and a feathery crumb. Instead of using a stand mixer, you can also make this dough by hand.
Makes 6 jumbo, 12 large, 16 to 20 medium, or 48 mini cinnamon rolls

1. In a 4-cup measuring cup, combine the milk, butter, sugar, and salt.  Microwave on High for 1 minute or until warm.  Whisk in the eggs. 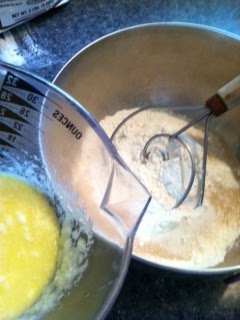 2. In a bowl, whisk the flour (I'm using Hudson Cream Flour) and yeast with a Danish dough whisk (one of my favorite kitchen utensils). Add the liquid ingredients. Mix until the dough forms a soft mass and starts to pull away from the sides of the bowl.

3. Transfer the dough to a floured surface. Sprinkle with a tablespoon of flour, if necessary, to keep the dough from sticking. Press the dough into an oval. Knead with your knuckles or the heel of your hand. Fold the top down to create half an oval. Turn the dough a quarter turn.  Add a little flour as necessary. Press into an oval, knead, fold in half, turn. Keep doing this until the dough is smooth, not sticky, and springs back when you press it with your finger. 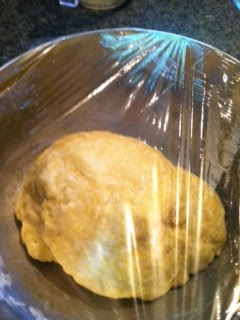 Place the dough in a large, oiled mixing bowl, cover with plastic wrap, and let rise in a warm place at room temperature until almost doubled, about for 45 to 60 minutes.

4.  Then, proceed with a cinnamon roll recipe.

Excellent affair i in fact acknowledge this admired admonition thanks Rinoplasti